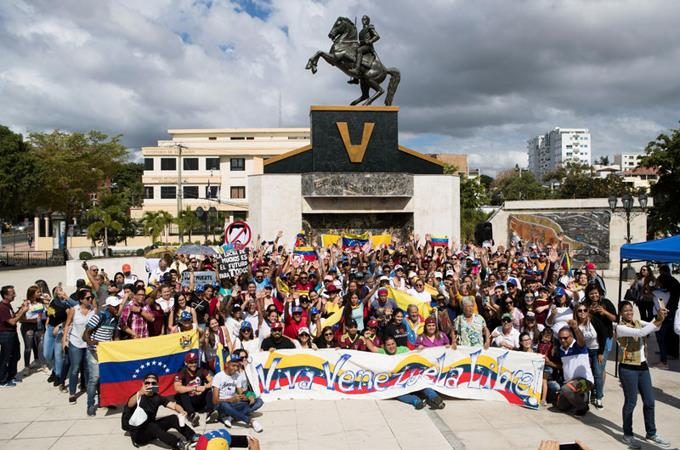 The ministries of Foreign Relations (Mirex) and of the Interior and Police (MIP) of the Dominican Republic adopted Resolution number M-MIP EXT-00119-2021 on Friday, which seeks to normalize the irregular immigration status of Venezuelan citizens in Dominican territory.

The initiative will normalize through the Non-Resident Migration Category the status of Venezuelans who are in Dominican territory and who entered the country on a regular basis, from January 2014 to March 2020, as well as their minor children, born or not in the Dominican Republic, indicated Article 1.

Article 2 of the resolution also establishes that Venezuelans “who entered Dominican territory using a tourist card or visa issued by the Dominican authorities and who have remained in national territory beyond the authorized period, may be beneficiaries of an extension of permanence ”.

“The General Directorate of Migration, through an administrative act, will benefit from an extension of stay, valid for 60 days to Venezuelans included in the period provided in the first article, as long as after having been purged with the collaboration of national organizations competent, do not have any of the impediments established in article 15 of the General Law of Migration No. 285-04 ”.

The Government reported that it will grant a period of 30 days so that Venezuelans interested in benefiting from this extension can register their data in a form available on the DGM website, attached to the requirements that will be published on the same website.

“Venezuelans who have obtained their extension of stay may request a change of immigration status within Dominican territory in the subcategories of student and temporary workers corresponding to the Non-Resident Category, exempting them from the presentation of certain requirements that due to the circumstances currently, it is impossible for them to obtain and contribute ”, stated Article 4.

He pointed out that those interested in accessing student and temporary worker permits may request the corresponding visa at Mirex, which will enable logistics for such purposes.

Among the conditions to receive student and temporary worker visas include having entered the country within the 2014-March 2020 period, not having the right to Dominican nationality, not having a criminal record in the Dominican Republic or abroad, and presenting the original receipt of the payment of administrative fees for expiration of stay.

It was established that the duration of temporary worker and student permits will be one year, renewable according to the criteria of the Regulations of the General Migration Law.

Mirex and the DGM have a period of 60 days to begin the implementation of this exceptional measure to normalize the migratory status of Venezuelans.