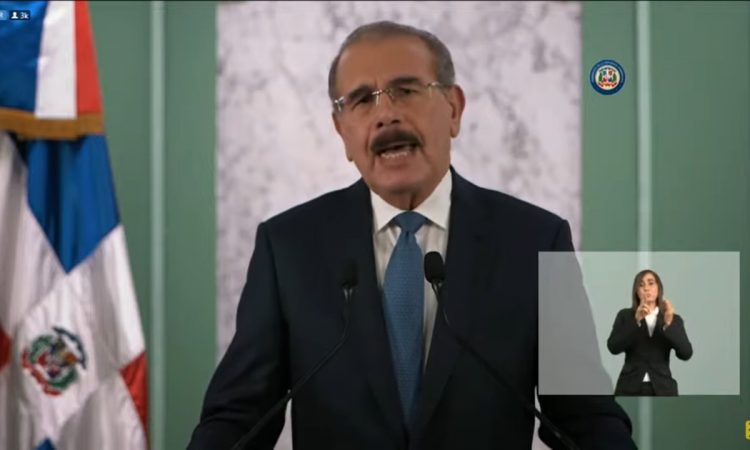 President Danilo Medina announced last night the gradual and phased reopening of some sectors of the national economy, starting next Wednesday, in a first phase that will allow companies to partially operate according to their size and number of employees.

The provision also includes public passenger transport offered by the government through the Santo Domingo Metro, cable car and the Metropolitan Office of Bus Services (OMSA), keeping strict distancing measures, to avoid a recurrence of the Covid pandemic. 19.

“We started a first stage in which we will gradually recover spaces to normality and enter what has been called” covidianity “, that is, our daily life, in coexistence with Covid-19,” said the president in a speech to the country.

He explained that the government has planned four phases of de-escalation, but that moving to the next level will depend on whether the requirements of the previous phase have been met.

He said that the reopening will be done following the new provisions of the World Health Organization (WHO), which indicate that the best strategy is to learn to live with this situation, to achieve the desired balance between preserving health and guaranteeing the well-being of the people, avoiding economic collapse.

“In this sense, micro-companies that can have up to 10 employees, may work up to 5 or not more than 50% of the staff. In the small ones, which are those between 10 and 50, a minimum of 10 people and no more than 50% of their employees will be able to work, ”said President Medina.

He assured that in medium and large companies they should operate, at most, with 25% of the staff in this first phase. “For its part, the public sector will begin to
also work with 50% of the staff, the incumbents being authorized to increase that percentage if the needs so demand, “he clarified.

State public transportation will operate from Wednesday from 6:00 a.m. to 6:00 p.m. “This transport will operate at approximately 30% of its capacity and the use of masks will be mandatory at all times. In addition, users must remain distant and silent, avoiding socializing within them, “warned the head of state. He reported that the circulation of private collective transport units will be activated in the next phase, according to how the situation is evolving.

President Medina explained that to avoid the rush hour crowds, he established the obligation of different schedules. “At 7:00 in the morning, supermarkets, pharmacies, the construction sector, industry and processing companies, including export processing zones, would begin operating. Mining and quarries, agricultural and agroindustrial activity and activity in ports and airports will also start at that time, and they will continue to receive only cargo transport and ferry flights, “he stressed.

He pointed out that at 8:00 in the morning public sector employees will start to work and at 9:00 in the morning other businesses would come into operation, among which he mentioned hardware stores, vehicle dealers, workshops, the financial sector, furniture stores and household appliances, fabric and clothing stores, among others.

“The entertainment or recreation spaces, such as cinemas, theaters, gyms, artistic, sporting and cultural events, will not be opened yet, nor will marches, rallies and caravans, shopping malls, games of chance and the hotel sector, among others, while restaurants would continue to be open only for orders and home deliveries ”, Medina explained.

He explained that during this phase the maritime, land and air borders are kept closed.

The educational centers will remain closed for the moment and the National Council of Education must meet to dictate the new dates of the school calendar and establish the strategies to follow for the future. The Ministry of Higher Education will inform future provisions for higher education institutions.

The government decided to extend the support plans for households for a further month, such as Stay at Home and the PHASE. He announced a new one: “Pa’ Ti “.