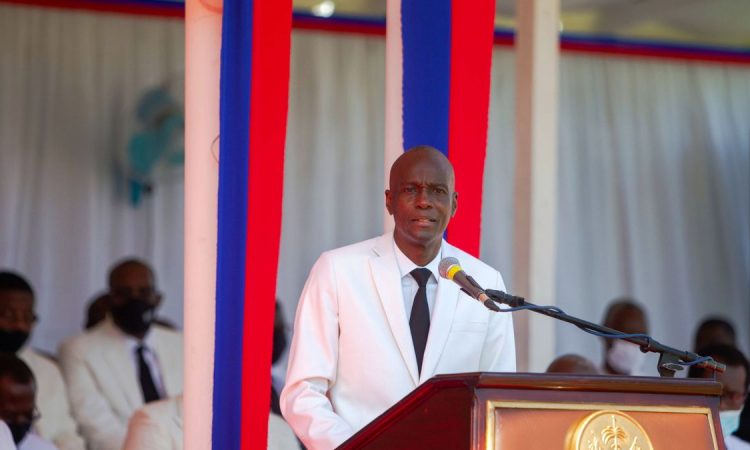 The first lady, Martine Moïse, who has been hospitalized, was also injured in the assault.

The events took place around 01:00 local time (05:00 GMT), when a group of unidentified individuals accessed the president’s home in the Pétion-Ville neighborhood of Port-au-Prince, the Haitian capital.

Joseph has now taken control of the nation and urged his people to remain calm, stating that “all measures have been taken to ensure the continuity of the state.”

In addition, he described the attack as “an inhuman, barbarous and atrocious act.”

In a televised intervention, Joseph claimed that Moïse was “murdered in his home by foreigners who spoke English and Spanish.”

The Dominican Republic, a territorial neighbor, ordered the “immediate closure” of its borders with Haiti and reinforced surveillance of the area.

US government spokeswoman Jen Psaki said it was a “terrible crime.”

“We are ready to facilitate any help that is needed … It is a tragedy, we are with the people of Haiti,” she told CNN.

UK Prime Minister Boris Johnson wrote on Twitter: “I am shocked and saddened by the death of President Moïse. Our condolences to his family and the people of Haiti. This is an abominable act and I ask for calm at this time. “.

Colombian President Iván Duque said that he will request the Organization of American States (OAS) “an urgent mission to protect the democratic order.”

Although Joseph said he took power alongside ministers of state, questions remain about how much control the government has.

Haiti’s constitution says that ministers, under the leadership of the prime minister, take control in the event of a presidential vacancy, until elections can be called.

But that’s also unclear, as a new prime minister, Ariel Henry, had been appointed by Moïse this week but has yet to be sworn in.

Meanwhile, the streets of the capital were practically empty on Wednesday morning.