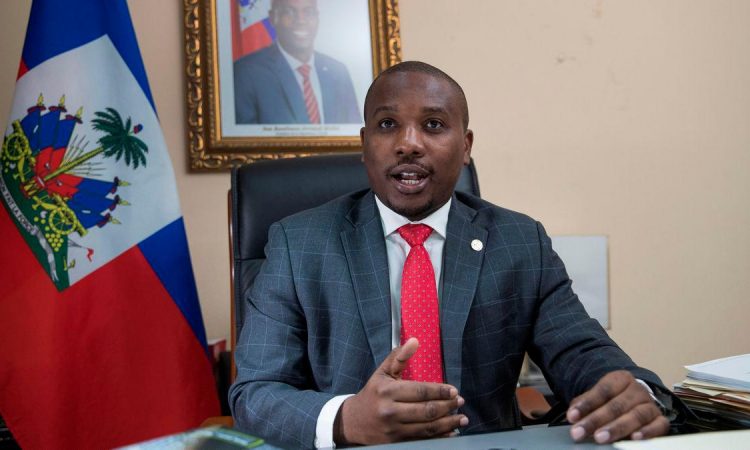 The assassination of Jovenel Moise began planning in November 2020 at the CTU Security headquarters building in Miami. There were gathered the Venezuelan Antonio Intriago, owner of the company, the Colombian manager Arcángel Pretel, the Haitian-American James Solages, a Haitian diplomat with the last name Askard, the already captured Haitian doctor, Christian Sanon, and the Colombian Jonathan Rivera García.

The participants of the meeting in Miami planned from that moment to kidnap President Jovenel Moise to take power and leave Claude Joseph, the current Prime Minister of Haiti, as president.

This revelation puts a surprising twist on the investigation.

Haitian authorities and FBI investigators consider the prime minister as the leading figure behind this crime, along with doctor Sanon and John Joel Joseph, a former Haitian senator, now a fugitive from justice.

This is a political bomb, if one takes into account that Claude Joseph rules the country as a replacement for the assassinated president.

Just yesterday, the prime minister referred to the funeral of the president.

“An agreement was made with the wife of President Moise to create a commission to organize a solemn and dignified funeral for the head of state of the country,” Joseph said.

Among the evidence known to the Noticias Caracol investigative unit, there are phone calls and photos of meetings that link the prime minister with the Colombian mercenaries.

Investigators are clear about the role that each of the participants in the conspiracy would have played.

After the meeting in Miami, the Colombian Pretel and especially the Haitian James Solages returned to look for Jonathan Rivera, who had been at the meeting, and who led them to his brother, retired army captain Germán Rivera, and to Sgt. Duverney Capador retired.

The three of them would become the key links with the Colombian mercenaries and the prime minister. And their fates ended very differently: Jonathan was not in the operation and became an exceptional witness in this case, while his brother Germán ended up captured in Haiti and capador died at the president’s residence, at the hands of the Haitian authorities.

Investigators documented that, between November and May, Solages maintained constant telephone communication from Miami with Capador and the Rivera brothers. Among his telephone contacts appears another key man in this case for the authorities: the Haitian lawyer and political leader Phenil Gordon, who, according to the investigators, participated in the procurement of weapons for the mercenary command.

The recruitment of the assassins

The company from which the assassination was organized is CTU, based in Miami. This would have designated Captain Germán Rivera and Sergeant Duverney Capador to recruit the mercenaries.

The two of them went to their contacts with three Colombian companies recognized for having sent retired military personnel to provide security services in the Middle East.

What does a Miami security company have to do with assassination in Haiti?

Investigators are also tracking a British multinational, one of the world’s largest players in the security services market, and its representatives in Colombia for their role in recruiting.

Between Capador, Rivera and these companies have contacted at least 200 retired military personnel in Colombia to offer them a job in the Caribbean.

For different reasons, the majority rejected the proposal.

By May, the recruiters had already managed to assemble their squad of 21 retirees from officers, NCOs and soldiers, most of them with spearman and special forces training.

The day of the assassination of the president

On May 6, two months before the assassination, the operation began. Sergeant Duverney Capador, brothers Germán and Jonathan Rivera, and a friend of them, retired pilot and police officer Ronald Ramírez, left El Dorado airport for Panama City, on Copa Airlines flight CM877.

Noticias Caracol knew exclusively images that prove their transit through the Tocumen airport in the Panamanian capital, where they boarded flight CM107 bound for Santo Domingo, the capital of the Dominican Republic.

According to the testimonies of the Rivera brothers, that same day, the group met in Santo Domingo with a Haitian diplomat with the last name Askard, the same one who would have been at the meeting in Miami six months ago, where they began to plan the assassination. The official was in charge of quickly managing the visas to enter Haiti for these four Colombians.

Four days later, this outpost of the Colombian mercenaries flies towards Port-au-Prince.

In the Haitian capital they meet the doctor Christian Sanon, one of the already captured conspirators. They are staying in a house in the south of the city, very close to the German embassy, ​​and also in the vicinity of the president’s residence.

At this point, according to the statements of the Rivera brothers, there were several meetings with members of the Supreme Court of Justice of Haiti and politicians of the highest level, among them the former senator and now fugitive John Joel Joseph, whom the Colombians knew as ‘triple j’. According to the statements, the most relevant meeting was with Prime Minister Claude Joseph.

The Rivera brothers told investigators that the prime minister informed them of the new plan: They would no longer kidnap the president. They must assassinate him.

According to the testimonies, he assured them that he would be the new president and that, from that position, he would assure them protection and work. Therefore, authorities believe, the mercenaries did not have an escape plan.

That change of goal caused a fight between the Rivera brothers: Jonathan and pilot Ronald Ramírez decided to return to Colombia. The mission went ahead without them.

Only seven of them knew the true mission. For the others, the task was to provide security for the government.

For four weeks they adjusted the final details of the mission. On July 7, after seven months of planning, the operation was executed.

The group arrived at the president’s house.

The others, including Captain Rivera, remained providing security on the outskirts while the assassination was carried out.