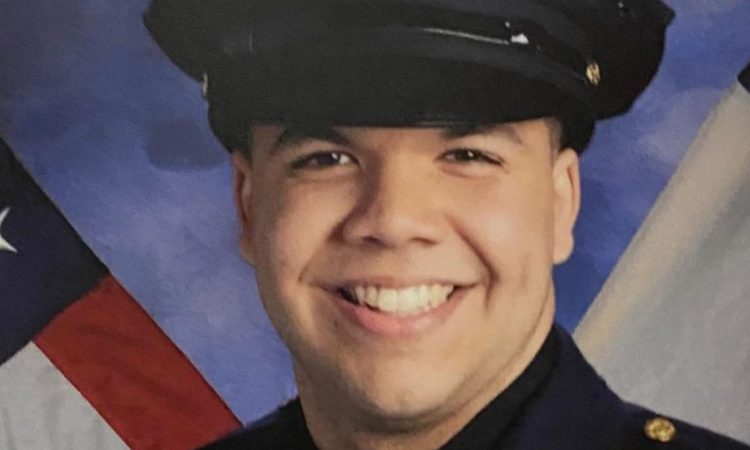 A police officer seriously injured last week in a shooting in Harlem in which his partner was killed has also died of his injuries, the city’s police commissioner said Tuesday, adding to what she called the “incalculable” pain. “Inside the apartment.

Officer Wilbert Mora, 27, died at a Manhattan hospital four days after he and Officer Jason Rivera were shot while responding to a domestic disturbance call. Rivera died on Friday.

“Wilbert is 3 times a hero. For choosing a life of service. For sacrificing his life to protect others. For giving life even in death through organ donation. Our heads are bowed and our hearts are heavy.”

In a message to officers announcing Mora’s death, Sewell said: “The pain in this Department is incalculable. We will stand up, salute and shed tears, but we will manage to smile as we remember him during the extremely difficult days ahead.” “.

Mora entered the police academy in October 2018 and was assigned to Harlem’s 32nd Precinct since November 2019. He made 33 arrests, according to police records.

The two officers were fatally injured Friday after they were called to a Harlem apartment by a woman who said she needed help with her adult son. The gunman, Lashawn J. McNeil, slammed open a bedroom door and shot at officers as they walked down a narrow hallway, authorities said.

A third agent shot McNeil. The 47-year-old gunman died Monday, according to authorities.

Mayor Eric Adams also posted a message on social media about the death of Officer Mora.

“Our hearts are heavy. Our city is in mourning.

“To his family, loved ones, and brothers and sisters in the NYPD: Your city is with you today and always,” the mayor’s message continues.

Irina Zakirova, a professor at John Jay College of Criminal Justice, remembered Mora as a serious and committed student.

“He cared about the people and the community,” Zakirova said, adding that he was especially interested in finding different and innovative ways to improve relations between the police and the neighborhoods they patrolled.

The murders occurred in Mayor Eric Adams’ first weeks in office. The Democrat, a former police captain, campaigned in part on promises to improve public safety. On Monday he released what he called his “Plan to End Gun Violence.”

The multi-pronged strategy includes searching travelers for illegal weapons, resuming court activity after the pandemic slows, and pushing lawmakers to give judges more leeway to retain no bail for potentially violent defendants.

Funeral arrangements for Mora have not been announced.

The exact circumstances of the shooting are still being investigated, but police said McNeil had a pistol with a large-capacity magazine that had been stolen years ago in Baltimore. Police said Monday that a search of the apartment over the weekend also found a loaded semi-automatic rifle under McNeil’s mattress.

McNeil’s mother said she was trying to convince her son to get help for mental health issues and that she would not have called 911 if she had known he was going to use violence against officers.

“If he had known, he never would have made the call,” Shirley Sourzes told the New York Post in an article published Monday on the Post’s website. “He would never have called!”

Rivera was 22 years old and had joined the force in 2020. He had been assigned to the 32nd Precinct in Harlem since he graduated last May. He had made 15 arrests in his short career, according to police records.

The deaths of Mora and Rivera’ echoed the murders in 2014 of another couple of agents, Wenjian Liu, 32, and Rafael Ramos, 40, who were fatally shot by a man who ambushed them while they were sitting in his patrol car.

In an essay on the police academy, Rivera wrote that he became an officer to “improve the relationship between the community and the police,” acknowledging unpleasant experiences with the police growing up in the Inwood section of Manhattan.