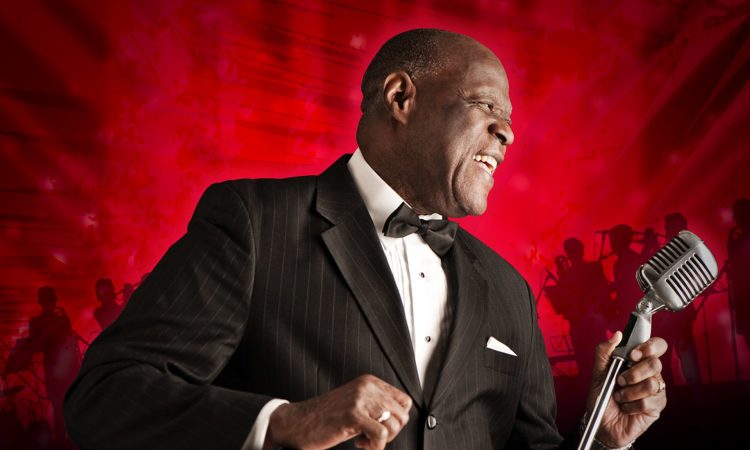 The admirers of the musician nicknamed “El Caballo Mayor” will be able to see him off at the Palacio de los Deportes in Santo Domingo. Ventura, author of hits such as “Patacón pisao” and “Capullo y sorullo”, died on Wednesday at a clinic in Santiago, Dominican Republic. He was 81 years old.

Funeral ceremonies began Thursday with a private wake for family members. On Friday, a formal wake will be held at the Fuerza del Pueblo Party, the Chamber of Deputies and the District Mayor’s Office. Ventura was a member of the Dominican Revolutionary Party and became a deputy and trustee (mayor) of Santo Domingo from 1998 to 2002.

After the public gives him the last goodbye at the Palacio de los Deportes, a tour of Villa Juana will be made and finally he will be buried in the Cemetery of Christ the Redeemer, according to the program provided to The Associated Press on Thursday by his representatives.

Ventura passed away untimely on Wednesday. He began to feel ill while having lunch in the Dominican city of Santiago de los Caballeros. His driver took him to the Medical Union University Clinic.

“We received him in asystole (cardio-respiratory arrest) and he was treated immediately,” says the medical report on the death provided to AP by representatives of Ventura. “Advanced cardiopulmonary resuscitation maneuvers were started immediately for 45 minutes, during which time there was never a response.”

Ventura was pronounced dead at 3:12 p.m., with probable myocardial infarction, hypertensive heart disease and ischemic heart disease as causes of the sudden death, the letter says.

Puerto Rican Willie Colón remembered him Wednesday on Twitter as a close friend and hero willing to help him when on a visit to the Dominican Republic he was being sabotaged by an organizer.

“He was my best man at my wedding in Cancun in 1991. Celia (Cruz) was the matron of honor,” wrote Colón. “A gentle giant; Johnny had class and unassuming elegance. Physically, an imposing figure who spoke articulately with charisma ”.

Colombian singer Carlos Vives regretted that they had stayed days after finishing a song.

“What a pain to cry for a man who was only a smile, I am not enough than the graces I have to give you for your unique voice, for your authentic spirit and that flavor that makes heaven happy. Forever Johnny! ”He tweeted.

Juan Luis Guerra, another of the great exponents of Dominican music, thanked Ventura in the same social “for your music and legacy, for your smile and example, and for dressing up for a party every morning and teaching us all what the Meringue!! Thanks Don Johnny !! “

Venezuelan singer-songwriter Carlos Baute tweeted: “You will always continue in our lives, maestro. Your merengue always showed the soul and how happy the beautiful #RepublicaDominicana is ”.

Singer, songwriter, bandleader and arranger, Ventura was the creator of songs that also include “¿Pitaste?” and “Merenguero hasta la tambora”.

He was recognized for having revolutionized merengue with modern lyrics and orchestrations, as well as being an ambassador of the genre by popularizing it throughout America. He performed duets with Celia Cruz, Armando Manzanero, Wilfrido Vargas, Daniela Romo, Gilberto Santa Rosa, and María Díaz, among many others.

Ventura was the leader of the popular group Combo Show de Johnny Ventura. His extensive discography spans from the early 1960s, with albums such as “El llorón”, until the end of the last decade, with the 2019 hits compilation “Más de cien, un poco de mí”.

In 2004 he won the Latin Grammy for the best merengue album for “Sin waste” and in 2006 the Award for Musical Excellence from the Latin Recording Academy (which awards the Latin Grammy), for his career.

“We deeply regret the loss of a beloved teacher and legend of Latin music,” the organization tweeted. “He contributed for many years as part of the Board of Directors of the Latin Academy.”

On his side, the Dominican Ministry of Culture lamented on Twitter the death of the Latin Grammy-winning musician: “We join the pain that overwhelms his family in these difficult times. His legacy will live forever in his songs and Dominican culture. “

He was married for more than five decades to Nelly Josefina Flores, with whom he had three of his seven children: Jandy and Juan José, who have their own musical project, Los Potros del Caballo, as well as their daughter Ana Yajaira.

In 2010 he published a revised version of his autobiographical book “Un poco de mí” by the National Editor. In 2000 the Dominican Congress awarded him Merenguero del Siglo.