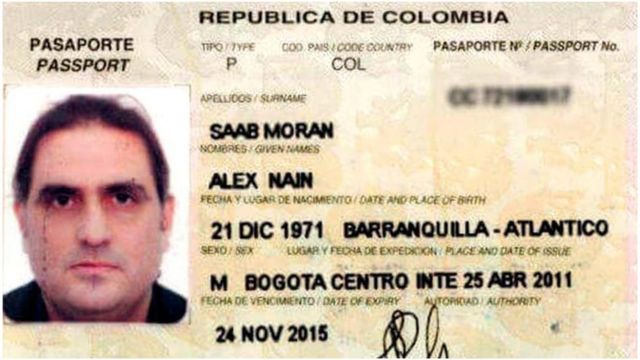 Venezuelan dictator Nicolás Maduro suspended negotiations with his political opponents and detained six US oil executives, ending any hint of rapprochement with the US government, as the Venezuelan economy collapses.

The president of the United States, Joe Biden, had put aside the campaign of pressure measures that the government of Donald Trump began, and the threats to overthrow Nicolás Maduro with his military power. The new negotiations between Maduro and his political opponents raised hopes of a major breakthrough. European officials were considering lifting some financial sanctions against Venezuela if elections in the country, scheduled for November, were free and fair.

However, this panorama changed, after the recent extradition to the United States on October 17 of Alex Saab, an adviser close to Maduro, accused of money laundering and ties to Hezbollah.

“The US empire, violating all international law, took a Venezuelan diplomat,” Maduro told Telesur, a state-funded television station, on Sunday.

Secretary of State Antony J. Blinken said Tuesday that the case against Saab had been going on for more than a decade and was not linked to an attempt at rapprochement between Venezuela’s political factions.

“It is deeply regrettable that the Maduro regime withdrew from the talks in Mexico,” Blinken told reporters in Quito, Ecuador, where he was discussing Venezuela and other regional and security issues on his first visit to South America in office.

“But I think it is also a sign, unfortunately, that Maduro puts personal interests before the interests of the Venezuelan people,” Blinken said.

Defending democracy and fighting corruption are two crucial elements of Biden’s foreign agenda, and State Department officials said the president was particularly concerned about threats to both in Latin America, given that some countries in America’s backyard are being dominated by authoritarian leaders. Blinken will also travel this week to Colombia, a country that, like Ecuador, has grappled with state oppression or implemented heavy-handed tactics against its citizens.

Officials warned that Blinken is not expected to focus on Maduro, or other authoritarian leaders – in Cuba and Nicaragua – during his speech scheduled for Wednesday on supporting human rights and civil liberties in the region.

But the timing of his visits, immediately after Saab’s appearance in court in Miami on Monday, he will send an inescapable message about the limits of America’s patience with the Maduro government.

However, Maduro has proven to be resilient.

He has resisted U.S. sanctions on his personal property and that of at least 160 of his allies since January 2019, according to the Congressional Investigative Service. More than 1,000 people in his government are banned from traveling to the United States. And the Trump administration imposed an economic embargo against Venezuela, depriving it of an estimated $ 11 billion in oil export revenue in a single year, calculated by John R. Bolton, a former national security adviser for the U.S. White House.

With the help of China, Russia and Cuba, Maduro’s grip on power looks as solid as ever, and on Monday, his government declared that it will sign a 20-year economic pact with Iran.

At the same time, some Latin American and Caribbean states have moved away from the Lima Group, a regional diplomatic coalition that opposed Maduro’s declaration of victory in the 2018 presidential elections, which were widely questioned.

Argentina resigned from the Lima Group in March, followed by Saint Lucia in August, while Peru and Mexico have criticized the group or refused to participate in it. Senior Mexican officials even warmly welcomed Maduro last month when he attended a summit of regional nations in Mexico City.

The negotiations, which also took place in Mexico City, were conceived as a possible path that would lead to an agreement. Diplomats from two Latin American countries said Maduro agreed to participate in the hope that the talks would lead to the lifting of some US or European sanctions and alleviate Venezuela’s financial crisis.

In return, foreign diplomats asked Maduro to ensure that the elections scheduled for November 21 had less government interference than past elections, and that he accept the conditions for a free and fair presidential election in the coming years.

European Union officials sent to Venezuela to monitor the November 21 vote will judge its validity “as much as possible,” said Josep Borrell Fontelles, the EU’s high representative for foreign policy.

Borrell, in conversation with a small group of reporters in Washington last week, also said that the elections would not be linked to the easing of sanctions but that the Maduro government had given guarantees that European observers would have access to the polls and they would be allowed to report their findings uncensored.

US officials have viewed the election with much more skepticism.

Under Secretary of State Brian A. Nichols, who is in charge of US policy for the Western Hemisphere, said there were several issues that challenged the opposition to compete “on an equal footing,” such as disbarment and detention of some candidates or limitations in the media.

“So those factors need to be taken into account, not just what happens on Election Day,” Nichols said Monday.

The United States still considers Juan Guaidó – who was president of the National Assembly of Venezuela and attended the last State of the Union address by former President Trump in 2020 – as the interim leader of Venezuela. Earlier this year, the European Union announced that it no longer recognizes it as such.

The Plataforma Unitaria, a coalition of opposition parties led by Guaidó, announced in August that it would break a three-year boycott of the elections organized by Maduro and announced that he would participate in the November ballot. At the time, the group said it was a difficult decision but motivated by a “sense of urgency to find permanent solutions.”

The group hoped that a relatively high turnout for opposition candidates would show Maduro’s weakness and mobilize citizens, even if his candidates didn’t win many gubernatorial elections.

However, Guaidó warned in an interview Thursday that he had so little faith in the legitimacy of the November vote that he would not go to the polls, noting that some political parties remain illegal, that many voters have been dropped from the vote. electoral registry and that numerous opponents of Maduro have been imprisoned and tortured by his government.

“For us,” said Guaidó, “it would be a mistake” to call them elections in advance.

Yet he and his allies continue to give at least some backing to the elections, which he called the November “event,” and said it remains an opportunity to “mobilize our people” and “prepare for the possibility of a presidential election to get out of Maduro ”.

In Venezuela, the big question is who will get the most votes in November: Maduro or the divided opposition.

If the opposition gets important results, Maduro may not return to the negotiating table in Mexico, said Igor Cuotto, a Venezuelan expert on political conflict resolution.

But if Maduro wins overwhelmingly, Cuotto added, he could attempt to reopen dialogue and call for sanctions to be removed, this time claiming to have even firmer control.

Despite that, Borrell noted that he did not expect the November 21 vote to be without irregularities.

“Certainly the political system in Venezuela is what it is,” he said. “The elections will not be like in Switzerland.”

From The New York Times. 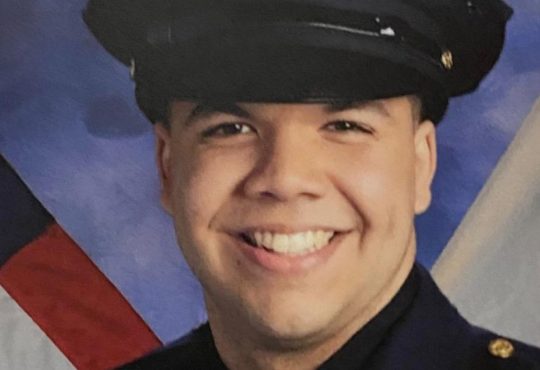 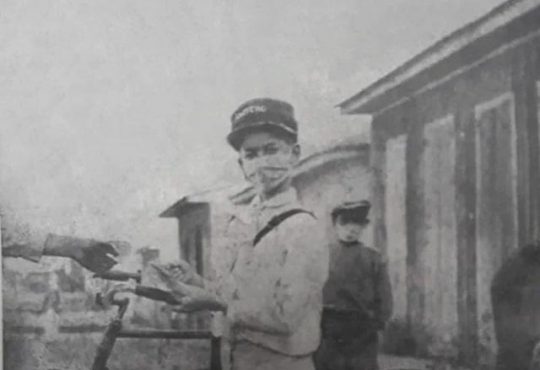 A mail deliverer with his mask during the Spanish Flu Pandemic in 1918 Salcedo, Dominican Republic 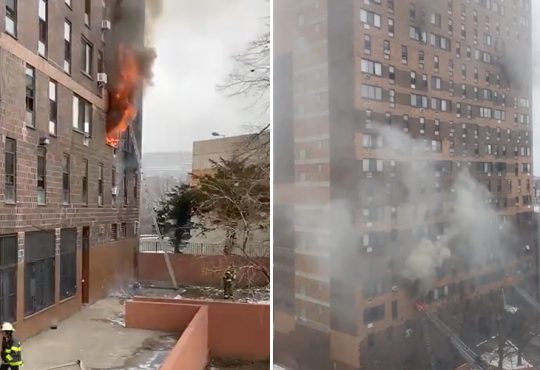 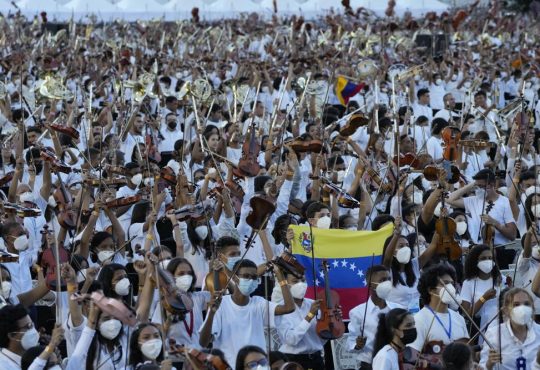