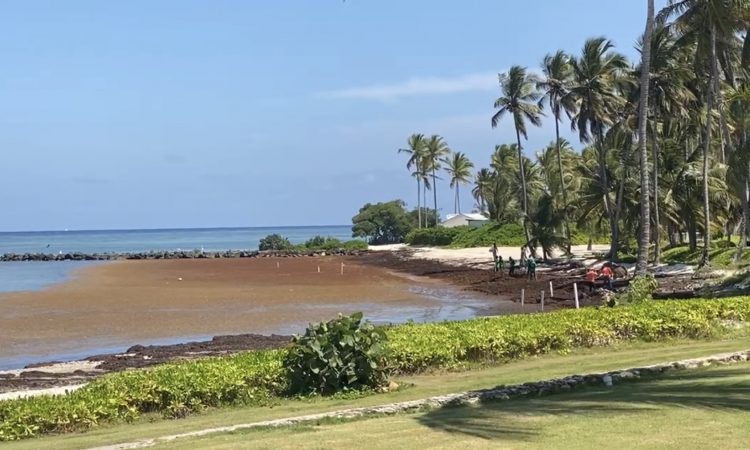 Depressing images reveal the way and progress in which sargassum covers the Dominican coasts at an accelerated and worrying rate.

The sargassum season extends in the country from the end of April to August, but these algae can arrive at any time of the year, putting at risk the tourist attraction of Dominican beaches and coasts due to the damage they cause.

The phenomenon, which affects Caribbean beaches especially in summer, occurs at a time when tourism in the Dominican Republic is increasing considerably.

The Dominican Republic received 2.9 million tourists between January and May, a figure that doubles the 1.4 million that came to the nation in the same period of the previous year.

A university in Boston in the United States has been working for several years in the country to develop a system for the effective management of sargassum in the sea.

The action seeks to avoid further damage to the beaches and coasts that could be reflected in tourism, as published by the educational institution from its Mechanical Engineering department.

The mission is carried out by the Massachusetts Institute of Technology (MIT), the world’s number one Boston university for engineering, located in Cambridge, Massachusetts.

According to experts, the integration of national and regional organizations could help to deal with the problem of sargassum on the coasts and put an end to this serious problem that looks more worrying and alarming every day.